How long does it take to Charge an Electric Car?

EV’s charging time varies depending upon the charging method, types of charger, Battery capacity, surrounding environment, Battery charge level, etc. It’s a matter of many elements based on the car model you own, how large your battery is, and how swift the charging source is. It could take about sixty minutes up to eight or nine hours to allow an electric vehicle to be charged up to 80 percent.

When charging an electric car with alternating current (AC), you can charge your car’s battery using outlet electricity by connecting an adapter to the on-board system (also known as the on-board charger-OBC). In terms of home charging, the AC charger is the most popular and recommended method of charging a battery.

Charging your electric vehicle is similar to charging a cell phone. You can charge it during the day if you want to, and then give it an entire charge when you return home overnight. AC chargers offer an efficient method to charge your electric car. This approach is slower but less expensive and softer. Home AC chargers may provide up to 22 kW of power however the time necessary for a complete charge is determined by the capacity of the on-board charger.

Instead of running the battery empty and letting it sit until it recharges fully, drivers should make use of the time when their vehicle is in a parked position, this will keep the battery charged.

Public charging points generally vary from 7kW to 22 kW, which makes them perfect to charge your car’s battery in the top-up mode. Combining charging during the day with night-time charging at home is a good method of keeping your electric vehicle fully in good condition and ready for action.

As a driver of an electric vehicle, it is important to know the number of kilometres of range you’re receiving during the time you charge your car. For example, Hyundai IONIQ 5 has an impressive range that can reach 375 kilometres on one charge, so you are aware of the distance to your next destination.

Below are the factors that affect the amount of time required to charge an electric car:

The greater the vehicle’s capacity for batteries measured as KWH the longer it takes to recharge.

If you’re charging at the bottom of your battery the battery takes a longer time to charge than when you are topping up at 50 percent.

It is possible to charge the battery of a car at the highest charge rate that your vehicle can take. For instance, if the maximum charge acceptance of your vehicle is 7kW on AC Charging, then you can’t charge faster if you use a 22kW charge point.

The time it takes to charge will be determined by the maximum charge rate for the charger you use. For instance, even if your vehicle can charge at 11kW, it can only be able to charge at 7kW for the 7kW charge point.

A lower ambient temperature may cause it to take a little longer for charging, specifically when using a quick charger. Additionally, colder temperatures mean that the vehicles have less efficiency, which means fewer miles are generated per charge. 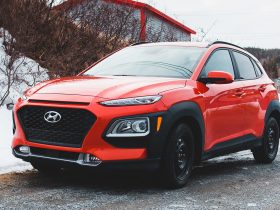 Off-Roading in Nepal – A Beginners Guide